There’s no such thing as a perfect workplace. No matter what industry you’re in and what kind of team you’re on, you’re going to find yourself facing dilemmas and wondering whether you should step in to fix them. In fact, you probably already have.

We know how tough it can be to determine whether you should get involved or MYOB when bad things are happening around you at work. Of course, you want to do the right thing, but you also want to keep your job…and your relationships with your colleagues.

Here are four scenarios where knowing whether to get involved can be tricky.

When a coworker is stealing office supplies

Admit it, you’ve done it. We’ve all taken a pen to stash in our car for bank trips or snagged a roll of tape to keep in the kitchen drawer at home. Individually, these little unauthorized “borrows” mean little to your company but over time, they add up.

So, let’s say you’ve got a coworker who takes personal shopping trips to the supply closet. Should you tell the boss? Telling the boss can make them stop. It can also get you labeled the office tattle-tale.

Answer this question and you’ll find your answer to the one above: is your coworker’s office supply theft affecting the team? In other words, do you continually go into the supply closet and find it’s out of office supplies you need, or are you just annoyed by their behavior? If it’s the first, bring it up with your boss to put a stop to it. If it’s the second, look the other way when you see your colleague heading to the supply closet. Yes, they are in the wrong, but getting involved in something so minor is just going to get you labeled “the petty one.”

Should you get involved? Generally, no.

When the boss has a clear favorite

We’re not talking about a boss who only promotes men or a supervisor who’s a whole lot less lenient when employees of a favored nationality mess up. That’s discrimination and it’s illegal. Scenarios we’re talking about here are:

One is to make sure everybody gets a chance to speak at meetings and a chance to shine on projects. If you’re the favorite, use your position to draw your boss’s attention to your coworkers’ achievements. If you’re outside the in-crowd, keep your feelings about the situation separate from your work. Focus on doing your job well and maintaining relationships, because when favoritism holds your career back, it’s time to move on to a new team or even a new employer.

Should you get involved? That depends on whether you’re the favorite. 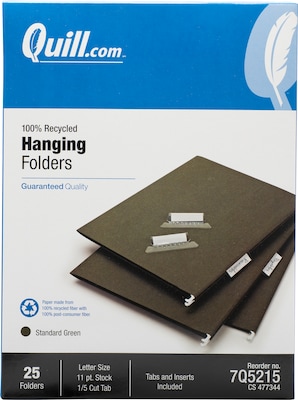 When you notice a coworker is being bullied

Bullying comes in many forms. If you’ve heard a nasty rumor about a coworker or you’ve witnessed others making disparaging comments about someone behind their back, you’ve seen workplace bullying in action. Sometimes bullying isn’t so subtle. If you’ve watched your team single somebody out and harass them, you’ve watched a coworker get bullied.

So, should you get involved?

Take a stand against bullying by supporting the victim. How you do this depends on who’s doing the bullying and your position in the company. When the bully is someone close to your level in terms of position and seniority, call them out on it if you feel comfortable doing so.

If the bully is someone in a senior position or somebody who’s been at the company much longer than you have, calling them out might not be an option. When you’re facing this situation, refuse to participate in the bullying or laugh at their mean-spirited jokes.

Regardless of who’s doing the bullying, privately tell the victim that you don’t condone the bully’s behavior and you’ll support any action they choose to take. Document every incident of bullying you witness and offer to bring it to Human Resources on their behalf.

Should you get involved? Yes.

When discrimination or sexual harassment is happening

Discrimination isn’t just playing favorites — though favoritism can be a form of discrimination. Workplace discrimination is the systemic unfair treatment of employees who don’t fit into a specific category. It can take many forms, like:

When discrimination or sexual harassment is happening, “getting involved” looks a bit different from how it looks in other scenarios. As the victim’s colleague, be their advocate by supporting their decision to take action, be it legal action or simply bringing their case to leadership’s attention, and by providing testimony to support their case.

Should you get involved? Yes. Follow the victim’s lead.

Is there an office issue YOU know how to resolve that other office workers might benefit from? Write for our blog and get published online. The best part? You get PAID. Learn more now and submit a topic!